The H-WORK intervention phase has started

by the UNIBO team

In April 2021, the H-WORK project continued its implementation phase with the implementation of multilevel interventions across European organisations. In particular, this phase involves 6 public organisations and SMEs in 5 different European countries (Italy, Germany, Spain, Netherlands and Czech Republic).

Where have we got so far?

With regard to previous steps of the project, the H-WORK implementation phase has started in September 2020 with the needs analysis, where H-WORK LSR (Local Site Researchers) have conducted interviews and focus groups to detect work-related demands and resources in each organisation involved. The information gathered from the needs analysis phase allowed to identify suitable interventions aimed to tackle the emerged risk factors and promote protective factors at different levels (i.e., individual, group, leader, organisation). At the beginning of each intervention, a baseline questionnaire has been filled out by participants to explore their perceived psychological well-being.

Below, the number of respondents from each intervention site is shown. 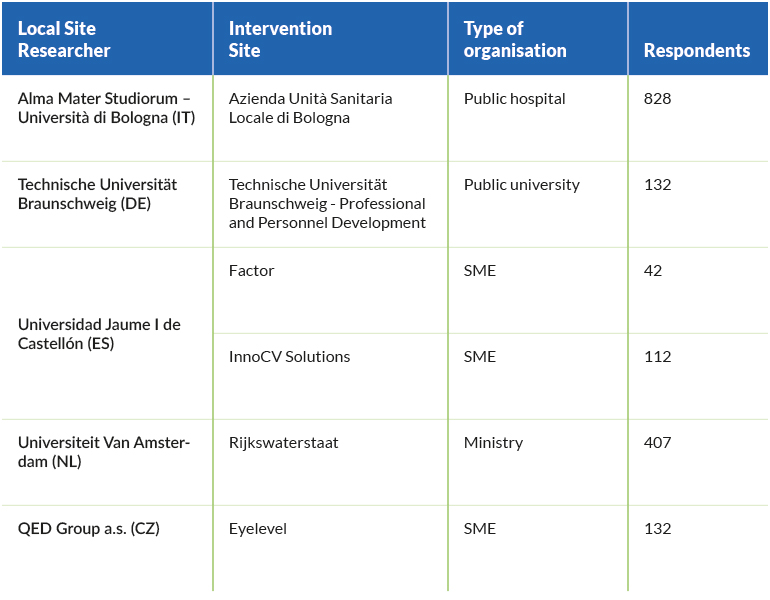 Some interventions started, but others are about to start

In the last month, all the organisations involved have started to implement at least one of the suggested interventions, with more than 200 employees already participating. Overall, there are 8 ongoing interventions as described in the following table. 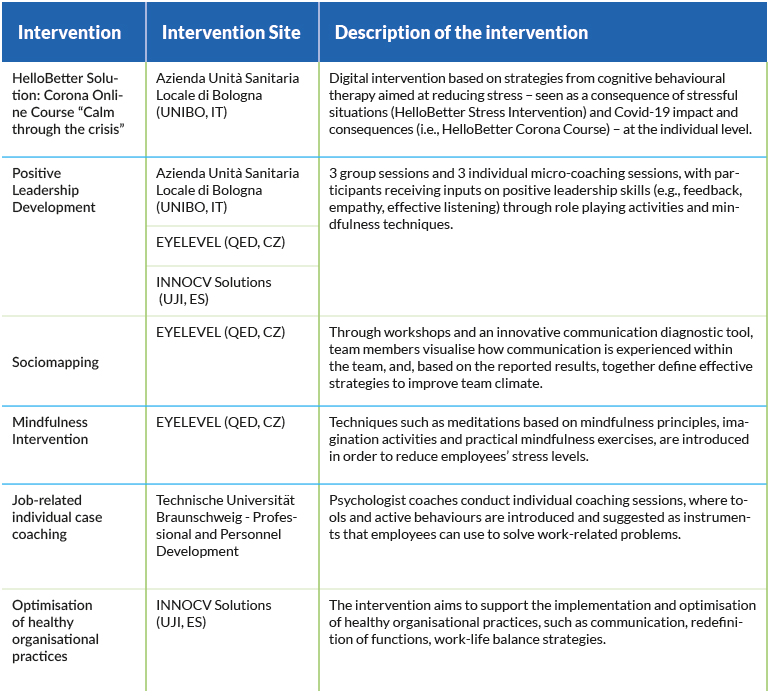 In addition, 16 more interventions have been scheduled for the rest of 2021, such as positive stress management, positive social interaction, mental health awareness, positive psychological resources, appreciate survey feedback, strengths-based team-crafting. These interventions  will involve about 800 employees. Then, the Need Analysis will begin among organisations of the second Group of  intervention sites, to define and test further multilevel interventions in the upcoming months.